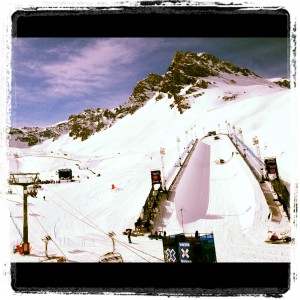 After several weeks of getting caught up on being a parent and a husband it was time to head off to Tignes, France for Winter X Games Europe. Tignes reminds me of Telluride if it were picked up and transported 5,389 miles and dropped in the Southern Alps of France. One road in, one road out and with dramatic views in all directions. The cheese comes from the region and so does the wine. I’m still trying to figure out why I haven’t loaded up the family and moved to this wonderful corner of France.

There is a difference in the way TV and Event Production is done in America and France (or Europe in general). After several years of working with European crews, I’m used to it (and things always get done) but it can drive the novice up the wall. “So, Pierre…when will the cameras be set up and faxed?” “Oh, maybe today. Yes, maybe this afternoon?” “Maybe” doesn’t mean “maybe” in the way that us Americans mean it but I didn’t know that years ago and the French have a way of phrasing things with an interrogative tone (hence the ‘?’). 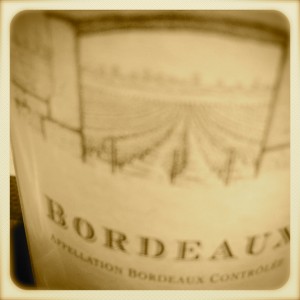 However, I digress: Tignes is super cool, and so is the event. It’s like a small Winter X Games in Aspen but more importantly, the wine is much cheaper. And it’s a lot better.